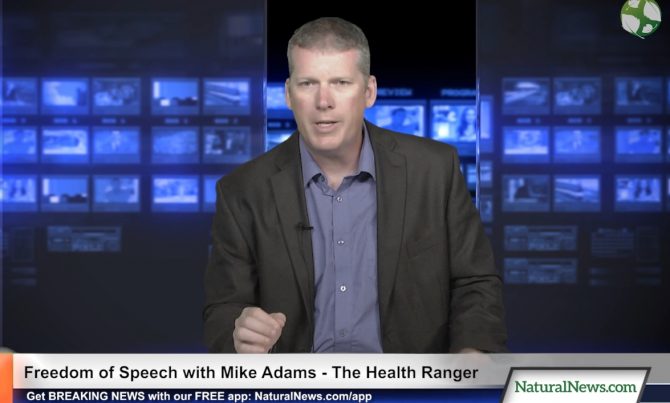 The fact that independent voices and critical thinkers can still operate on the internet today is proof that America’s freedoms are rare, valuable and definitely worth fighting for.

Don’t let America slip down the path of totalitarianism, left-wing censorship or demands for politically correct obedience from intolerant conformists. The diversity of voices is what makes America truly extraordinary in our world. (The Left only judges people by the diversity of their skin color or sexual orientation, while attacking diversity of ideas.)

If you ever wake up and find independent media websites being silenced and taken offline, that’s when you know the tyranny is out of control (and must be overthrown). Also, beware that the more America moves toward the intolerant Left, the more censorship and oppression we will all suffer. Over the last few years, the intolerant, deranged Left has morphed into a cult of thought police and intellectual bullies who hide behind skin-deep “diversity” to push their totalitarian agendas. We must all fight against that insanity by defending cognitive diversity, critical thinking and rationality.

That’s what Natural News is all about: We challenge the status quo with revolutionary ideas and discussions. We work to make the world a better place by exposing the fraud, corruption and deception of the institutions in power. We work for the People, not the corporations and governments that both seek to enslave humanity through obedience training and incessant propaganda.

Here are some powerful tools you can start using right now to empower yourself, expand your mind and start learning the truth about everything:

Watch my video below to hear this full message for freedom, rationality and real diversity: