These TWO Breakthroughs Could WIPE out Bitcoin (Video) 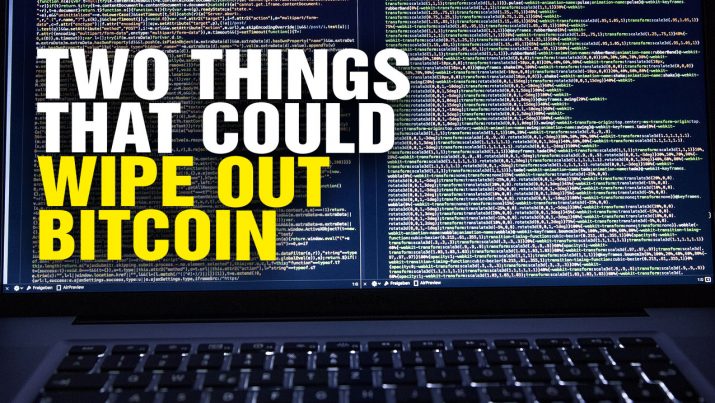 There are two new risks that could wipe out Bitcoin almost instantly. The Health Ranger explains what they are.

Podcast Transcript: “I’ve been a very vocal proponent of decentralization and cryptocurrency. I’ve also been a critic of some of the risk of Bitcoin. Just warning people to be careful about what you’re stepping into, because Bitcoin is not a store of value as you’ve been told by many people. I’ve given reasons for that in the past, but I’ve got two new reasons today to share with you. Reasons that I hadn’t thought of before, but became obvious to me by reading some other blogs and such. We’re going to translate it for you here. Thank you for joining me. Mike Adams, the Health Ranger here. HealthRangerReport.com is my podcast site. So, the first risk should have been obvious, but I didn’t think of this one. Whoever controls over 50% of the mining of the Bitcoin blockchain effectively controls…” Listen to the full podcast below:

These TWO breakthroughs could WIPE OUT Bitcoin from NaturalNews on Vimeo.